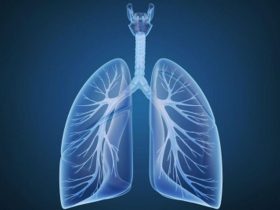 A study published in the New England Journal of Medicine (October 2020) concludes that atezolizumab results in significantly longer overall survival than platinum-based chemotherapy among patients with metastatic non-small cell lung cancer (NSCLC) with high PD-L1 expression, regardless of histologic type.1

While the FDA-approved immunotherapy drug atezolizumab has previously exhibited positive results for patients who had progressed on frontline chemotherapy, this study goes a step further. For the first time, evidence confirms that atezolizumab improves survival in selected patients who have not yet received any treatment for lung cancer – including chemotherapy.

The study, led by Yale Cancer Center (YCC) researchers, supports the U.S. Food and Drug Administration’s May 2020 approval of the drug for this indication. In terms of numbers, this newer study reports that median overall survival was longer by 7.1 months in the atezolizumab group than in the chemotherapy group.

“The fact that we now have an immunotherapy drug that can produce results like this without chemotherapy is amazing,” says study lead author Roy Herbst, MD, PhD., Chief of Medical Oncology at YCC and Smilow Cancer Hospital, Associate Cancer Center Director for Translational Research at YCC. “Now we have an option for certain patients that avoids the toxicities that come with chemotherapy, giving these patients a chance to live a longer, more active life. That’s why I call these results life-changing for many patients.”

The study included 572 eligible patients who were 18 years of age or older; had stage 4 metastatic NSCLC tumors that lacked mutations in the EGFR or ALK genes; and had not previously received chemotherapy. Patients were assigned in a 1:1 ratio to receive atezolizumab or chemotherapy.

In addition, the study indicated that atezolizumab was generally better tolerated than chemotherapy side effects. “Atezolizumab does not affect blood counts, neurons, or the kidneys. And atezolizumab does not cause nausea,” Dr. Herbst says. “You do have to be aware of side effects that can occur whenever working with the immune system. Certain types of immunotherapy destroy cancer cells but may attack healthy cells, too. That’s very important.”

“Among these patients with NSCLC, those with high tumor mutational burden who received atezolizumab showed improved progression-free survival of seven months versus four months for those given chemotherapy,” Dr. Herbst noted in a YCC press release. “This finding suggests that the biomarker should be explored further.”

Atezolizumab targets the protein PD-L1 that lies on the surface of tumor cells and blocks the body’s immune system T cells from attacking the tumor cells. As atezolizumab strikes the target, the body’s natural T cells are better able to destroy cancer cells. For the record, atezolizumab is the first PD-L1 inhibitor shown to beat chemotherapy as a first-line monotherapy among people with NSCLC.

There’s also the FDA approved pembrolizumab, an agent that inhibits the PD-1 protein on the surface of T cells to which PD-L1 binds.

“They’re both immune check point inhibitors and both are approved as front line agents for lung cancer. Each attacks what we want to block from a slightly different angle. But the results are equivalent in my book,” Dr. Herbst explains.

So why do we need both? Dr. Herbst replies. “Bottom line, these are different drugs that essentially do very similar things. So now, what we really want to know is how does each agent react when combined with other drugs. What’s the effect? For example, can we combine atezolizumab with another drug and create a treatment superior to anything we have right now?”

There’s no definitive answer – yet – but Dr. Herbst does site a few combinations currently being studied. “We’re watching an early bright spot coming from a small trial that combines Tiragolumab, an anti-TIGIT antibody, and atezolizumab to create a novel immunotherapy approach in NSCLC.”2

Timing is another area where atezolizumab is being studied. “Right now we use the agent in advanced stage of disease. What would happen if we move it to earlier stages of disease, or after a tumor has been surgically cut out, or maybe even before surgery?” Dr. Herbst speculates.

Dr. Herbst adds, “We have a very valuable tool for a very specific situation. But as we study how atezolizumab works at different times and in different combinations with other immune regulating agents, we’ll hopefully expand the application. Right now, the sky’s the limit.” 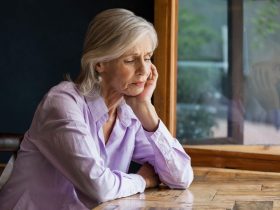 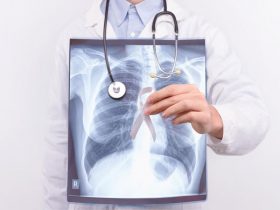 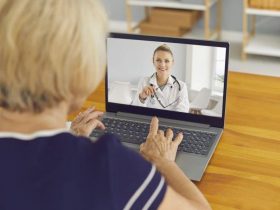